Language is important when discussing cannabis, as how you describe the plant builds the culture around it. Those who are new to cannabis may hear a lot of “cannabis slang” that doesn’t make much sense to them. This is because cannabis culture has been around for decades, and at times, cannabis terms seem like a secret code that only the ones who consume know.

The team of TOKE has put together a list of some of the most used words in cannabis culture so we can help our consumers be brought into the lingo that is familiar to those who are big fans of cannabis.

In this resource, we’ll share some of the history of popular cannabis words, as well as give a bit of an explainer as to why the cannabis industry has chosen to move on from some terminology.

DESCRIBING THE PLANT ITSELF

Cannabis: The botanical (technical) name for the plant. When referring to the cannabis sativa plant, the industry prefers using this word, as it is its scientific name and is not tied to any particular culture.

Pot: From the Spanish “potiguaya,” wine or brandy steeped in cannabis, or “the drink of grief”; has been used with negative connotations; fairly outdated term, but when used in cannabis culture, it’s often an endearing and comforting term, especially when you hear your friend say, “Wanna smoke some pot?” 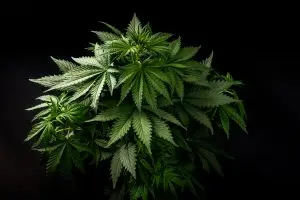 Reefer: A slang and outdated term for cannabis; derived from the Spanish “grifo,” word for a cannabis smoker; also used to perpetuate stigma towards cannabis use because of the 1930s film Reefer Madness. Like many words, the cannabis community is “taking back” these words to remove the negative connotation associated with them.

Weed: Informal slang for cannabis, based on its apparent appearance.

Cheeba: Informal slang for cannabis, originating from the Spanish word “chiva”, which actually stands for heroin. This is not a commonly used term, but not totally out of the ordinary to hear someone use it.

Kaya: An informal, slang word used for cannabis, often attributed to Bob Marley for his song of the same name. “Got to have Kaya now…”

Grass: Often used by “hippies” to describe cannabis, as back in the 1960s and 1970s, that is what cannabis more resembled; thus, grass is an outdated word for cannabis.

Lettuce/Cabbage: Informal slang for cannabis, based on its apparent appearance; “Devil’s Lettuce” or “Jazz Cabbage” has early attributions to the Jazz Era.

Herb: Word to describe cannabis, as cannabis can be classified botanically as an herb.

Bud: Dried cannabis flower, the part that you put into your grinder and smoke.

DESCRIBING HOW CANNABIS MAKES YOU FEEL 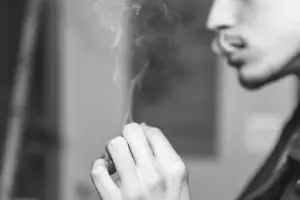 Baked: An older way to say feeling “high”, usually referring to a certain degree of “couch lock” or relaxation brought on from cannabis use.

Medicated: The feeling of cannabis remedying symptoms of a physical or mental disorder.

Stoned: Someone who is intoxicated by cannabis; usually referred to as the heavy/body-focused aspects of the high, by its users. 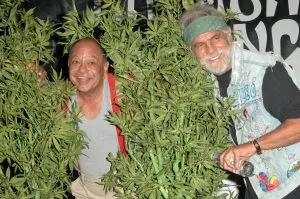 Stoner, Pothead, Toker: Someone who uses cannabis often; has been used with negative connotations by non-users, although is often used affectionately within the cannabis community and as a badge of pride.

Burner/Burnout: A negative way to describe someone who uses cannabis; this was often used to label cannabis users as lazy, a stigma that the community has fought hard to break.

High Functioning Stoner: A positive term that describes someone who uses cannabis to get a lot done. It’s safe to say that anyone (well, most people) working within the cannabis industry would identify themselves as a high functioning stoner. 420: 4:20 is known as the universal time for smoking cannabis for cannabis consumers and also is the general “code” phrase for anything cannabis related. It is attributed to the story of San Rafael’s “The Waldos”, who had set 4:20 as the time to go find the cannabis plants they’d heard were sitting in a field. All day, they muttered “4:20”, only to go find an empty field. Legend has it that members of The Waldos hung out with The Grateful Dead and thus cemented 4:20 as the time in cannabis culture.

Joint: Dried cannabis or “buds” ground up and rolled up into papers, similar to a cigarette.

Doobie: Slang word for a joint; often outdated, and thought to have negative connotations. It’s believed the word is derived from ‘dubiety’, a Latin word meaning to give rise to something of uncertainty or suspect. However, like many parts of cannabis culture, it’s not uncommon to be asked if you want to smoke a doobie.

Roach: Used to describe the end part of a joint; has early Mexican roots in the song “La Cucaracha” about a cockroach who gets so “high” he can’t get up

Blunt: A hollowed out cigar, re-rolled with cannabis

Dab: Referring to the process of “dabbing”, or using cannabis concentrates and what is known as a rig to consume cannabis.

Vape: The term used to describe using a vaporizer to consume cannabis. A vaporizer heats the cannabinoids and terpenes to a minimum heat to burn only those compounds rather than plant matter, resulting in a cleaner smoking experience.

Rip: The term used to take a “hit” off a bong (aka. A bong rip). It involves using a glass or silicone device as well as a bowl to light the cannabis and filter it through water, and sometimes other filters, chambers, and percolators contained within bongs

Toke: Usually referring to the process of “getting high” or taking a “hit” from a device to smoke cannabis.

DESCRIBING WHERE YOU GET YOUR CANNABIS

Cannabis Retail Store: the term used to describe public and private legal cannabis stores that are regulated, and where you can purchase legal cannabis under The Cannabis Act

If you have any questions about cannabis culture and any of the lingo you may hear within it, don’t be afraid to ask one of our TOKE budtenders. Before you know it, these terms will roll off your tongue!